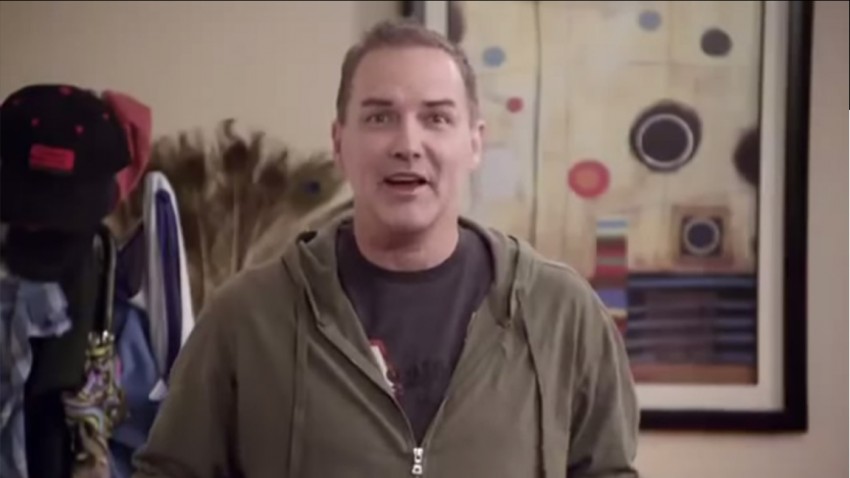 Horizons [Companies] opened its doors to an army of cast and crew members recently, for the production of an ambitious new advertising campaign for Columbus-based SafeAuto Insurance Company. Dozens of television and radio spots were produced during the bustling weeklong shoot, during which Horizons’ massive Studio B soundstage was turned into a fully-appointed home featuring a living room, kitchen, staircase – and even a backyard with hammock! Meanwhile, Horizons’ Studio C stage with greenscreen cyc was used for additional spots, while the entire facility was converted into a production hub for swarms of production personnel.

The campaign, created by SafeAuto’s in-house marketing department, was directed by Barry Zeidman and produced by Tom Wilker and Gail Mezey, while the complex set was designed and built by Glen Doell of Curtis Elliott Design.

And, did Norm enjoy his stay at Horizons? Well, during breaks in the taping he could be found enthusiastically banging away at the in-house video arcade, hitting softballs out on the front lawn…even shooting billiards in his green room. By all accounts, he appeared to be feeling right at home – both on the “house” set and all around the Horizons campus!

You can check out some of the spots right here.