Discovery Channel Series Gets an Assist From Horizons 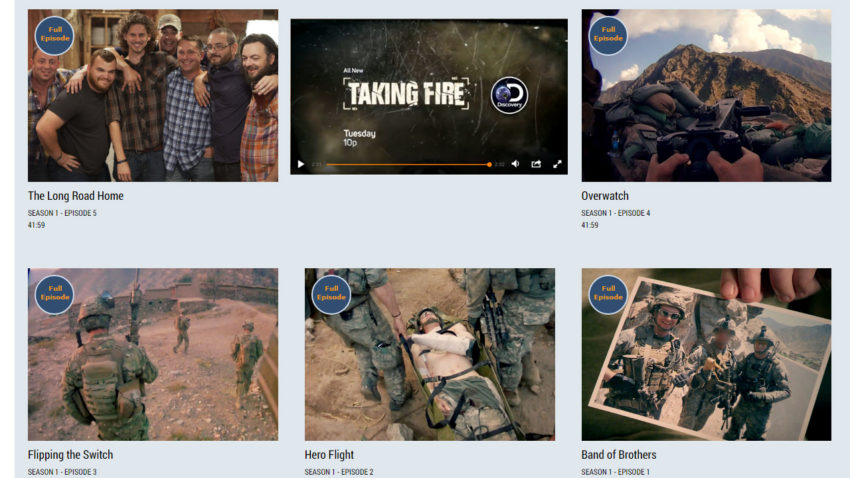 When a London, England based television production company needed a studio in which to shoot an interview with an Afghan war hero, they selected one of the sound stages at Horizons Companies, and brought their UK team to Ohio for the shoot. The interview with Staff Sergeant Tom Musgrave recounts his experiences serving in the legendary 101st Airborne Division for a year in which they were under nearly constant attack from Taliban fighters in the notorious Korangal Valley, nicknamed the “Valley of Death”, in northeastern Afghanistan.

The U.K production company, Raw TV, is known world-wide for its gritty yet stylish in-your-face documentaries covering a diverse palette of subject areas. The interview shot at Horizons is part of Taking Fire, a Discovery Channel series that follows the day to day lives of the rookies and their leaders, all equipped with helmet cams to capture the harrowing, courageous, and intensely human dramas that unfolded before their eyes. The series also features the recollections of those who made it home safely, as they reflect on the experiences that continue to haunt them today.

Taking Fire can currently be seen on Discovery Tuesday nights at 10 PM EST.