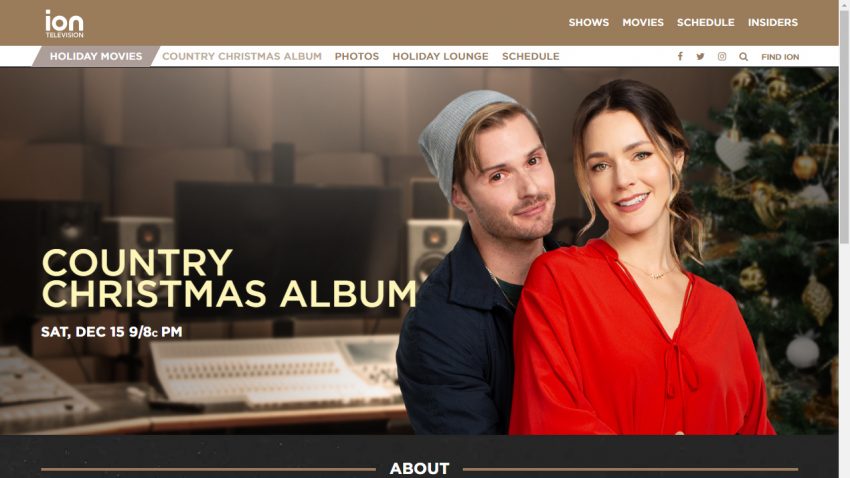 During the heat of summer, swarms of Hollywood executives and migratory film crew technicians descended on Horizons to shoot Christmas movie. Today, it was announced that Almost Never Films and Parkside Pictures’ Country Christmas Album will have its nationwide premiere on Sunday, December 15th at 9PM EST. The film is one of six holiday themed movies that will be rotated throughout December on the ion Television Network. Country Christmas Album stars Hannah Barefoot as a struggling country music artist who is forced to team with a fading pop star (played by Evan Gamble) to make a Christmas album that their label hopes will resurrect each of their careers. The pairing blends about as well as oil and water as they begin to record the album, but as the snow begins to fall their hearts begin to melt, and… well, you’ll have to watch the film to see how it all plays out. In addition to filming throughout Horizons studios and campus, the film included location scenes the Columbus suburbs of Powell, Worthington and Dublin. If you’re a fan of Christmas movies, or of films shot in and around Columbus, be sure to mark your calendar for December 15th – the first of several opportunities to enjoy Country Christmas Album!

See a preview of the ion Television holiday movie lineup below: