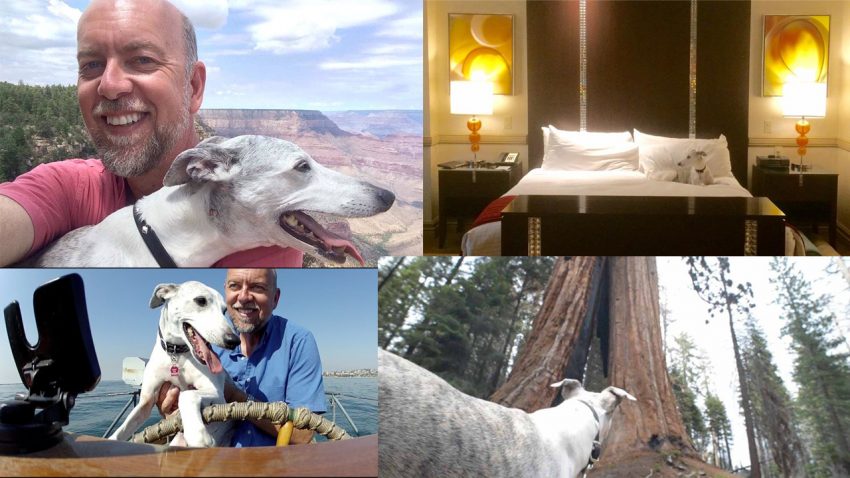 While it’s often said that “every dog his its day”…one dog in particular has been having its year. A year of not only traveling around the country and doing things other dogs can only dream of…but doing them all on camera as the star of an upcoming “dog-umentary“. Abby is a 15 year old whippet, born and raised in SoCal by her best bud Mark Sutherland. Mark has enjoyed a varied and successful career in the entertainment industry, and his credits include being a founder of Radio Disney as well as creating and producing television programming for NBC Universal and other national networks. But his current passion project is a feature length documentary about the ultimate bucket list trip he recently completed with Abby.

Rather than doing post production for the film in his adopted hometown of LA, Mark chose instead to finish the film in his actual hometown of Columbus, Ohio – which happens to the location of Horizons Companies, owned by Mark’s college fraternity brother Don Lee. For the past few months, Mark has been holed up in the audio and edit suites at Horizons, polishing up the documentary and getting it ready for distribution. Some major industry players are already jockeying for position in hopes of landing the theatrical and digital distribution rights for the project, so expect to see Abby’s List: A Dogumentary in wide release in 2018.

Horizons Companies, by the way, is no stranger to documentary film production, having participated in the production of So Goes the Nation for IFC, The World Walker for BBC, Tony Schumacher: A Decade of Dominance for NHRA TV, and Buckeye Classics for Fox Sports.

Watch the trailer for the dogumentary here.