Live Directing From Halfway Around the World 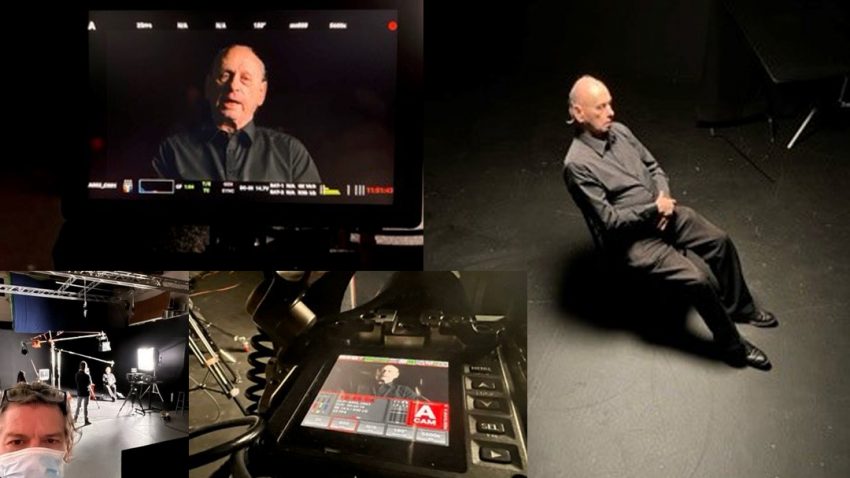 The old saying “you had to be there” doesn’t hold water anymore, thanks to new technology. Take, for example, a shoot we did in our Horizons Companies studio last week for the BBC (yes, that BBC). The network wanted to interview an astronomer at The Ohio State University for an upcoming special on extraterrestrial life. But sending the director to Columbus – or the astronomer to England – costs $$$ (not to mention the COVID risks, and time commitments, and…well, you get it). So using something called “eye direct“, the director in London could direct the interviewee in Columbus, Ohio in real time – and they could look at each other face to face. Wow.

And speaking of “Wow!” – that’s what brought the two together in the first place. Back in 1977, when astronomer Jerry Ehmen was reviewing radio signals collected from outer space by Ohio State’s Big Ear telescope, he saw a highly unusual radio signal coming from the area of the constellation Sagittarius, which – to this day – remains “the strongest candidate for an alien radio transmission ever detected”. On the telescope printout that fateful day, Ehmen just wrote Wow! next to the transmission, and it’s been called the Wow! Signal ever since.

And speaking of the “Beeb”…this is far from the first encounter that Horizons president Don Lee has had with the network. He has participated in a variety of BBC shoots, including ones for documentaries involving a man who was walking around the world, a man who created a water powered car, and a war photographer who lost his arm in a battle and turned his residual limb into a tripod mount so he could continue his vocational passion.

Wow, wow and wow. Great tech, alien communication, and an internationally reputed production dude – all in one news release. And if you’re reading this, aliens…we hear ya.

Horizons Companies is a full-service digital media production firm specializing in HD video, motion graphics, music/audio, and web/interactive. For more information call 614.481.7200 or write us at info@horizonscompanies.com
Posted in Uncategorized