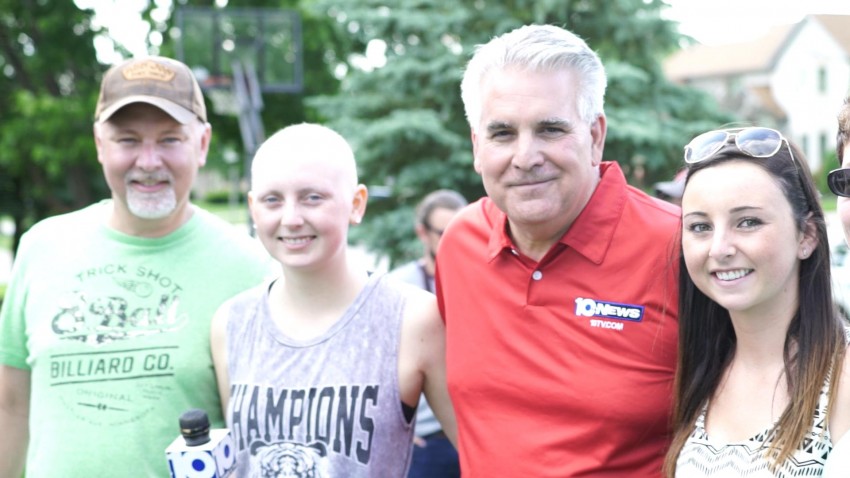 It’s no secret. Columbus loves its Schmidt’s. The local sausage haus has been serving real German food since 1886. Their signature Bahama Mama was the runaway winner in a 2014 Columbus Dispatch contest to name Columbus’ official food (and the Schmidt’s Cream Puff came in third). Clearly, the love is as strong as ever.

With all this love in the air, Horizons made plans to help arrange a perfect summer marriage between Schmidt’s and WBNS.

The idea was to help Central Ohioans enrich their backyard celebrations and get them more of the Schmidt’s they love in the process – for free. Viewers would submit their reasons to celebrate, and each week one submission would be selected to win a Schmidt’s-sponsored barbeque for themselves and 20 friends. Dom Tiberi would help share that celebration with the community during WBNS’ evening newscast.

“Schmidt’s wants to be involved in the lives of locals, and we believed WBNS would appreciate that and want to share the idea – make it a community spotlight of sorts,” said Frangos. “We knew that Schmidt’s was more than just another restaurant. They’re a cultural icon here in Columbus.”

Frangos was right. WBNS liked the idea, and ‘Dom’s Backyard BBQ’ was born.

Now in full swing, the barbeques are held each Thursday evening throughout the summer as Schmidt’s and WBNS travel to the weekly winner’s home with Bahama Mamas, their famous cream puffs and more, helping locals celebrate special events in their lives. So far, the cookouts have celebrated a Columbus cancer survivor, a wedding, and the decades-long successful career of a local football coach, to name a few.

The celebrations happen during the 5:00 p.m. broadcast every Thursday all summer long (except for one on Wednesday, July 29!). Enter your reason to celebrate here and Dom’s Backyard BBQ and all of its Bahama Mama glory could be coming your way!