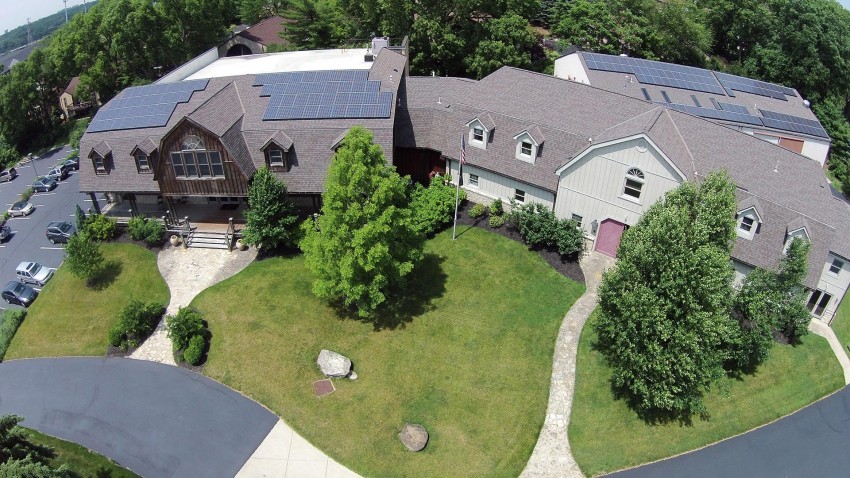 In 2009, Horizons Companies made a move toward environmental sustainability by installing nearly 200 solar panels on the roof of its two barn-style buildings. The hope was to reduce its carbon footprint, lower daily operating costs and increase the value of its real estate.

The solar panels have delivered as promised. Horizons Companies has effectively reduced both its environmental impact and its expenses.
Since 2009, Horizons Companies has:
·         produced 214 megawatt hours of energy (just one megawatt hour can power roughly 330 homes for one hour)
·         offset 294.17 metric tons of carbon – equivalent to over 62 acres of pine forest
·         offset the pollution an average passenger car emits over 64 years
When Horizons Companies made the installation, then Upper Arlington city manager Ginny Barney recognized it as a movement of leadership in the local business community. Barney, now a senior collaborator with The Collective Genius, LLC, a Columbus-based team of various industry expert partners, now recognizes the progress made and example set by Horizons Companies.
“Six years ago, Horizons Companies made an investment that continues to pay dividends to Horizons while preserving our environment,” said Barney. “Clearly, Horizons Companies is a forward-thinking organization that cares for our community.”
Don Lee, president of Horizons Companies, knows that simple daily activities – from keeping a home warm to running a production company – impact the environment in some way.
“We want to be as responsible as we can about how we affect the planet,” said Lee. “We want to take care of it. These solar panels have helped us take steps in that direction.”
The solar energy conversion was designed for Horizons by Dovetail Solar and Wind, a division of Dovetail Construction headquartered in Athens, Ohio.
See a live feed of Horizons Companies’ energy output here.
Horizons Companies is a full-service digital media production firm specializing in HD video, motion graphics, music/audio, and web/interactive. For more information call 614.481.7200 or write us at info@horizonscompanies.com
Posted in Horizons News