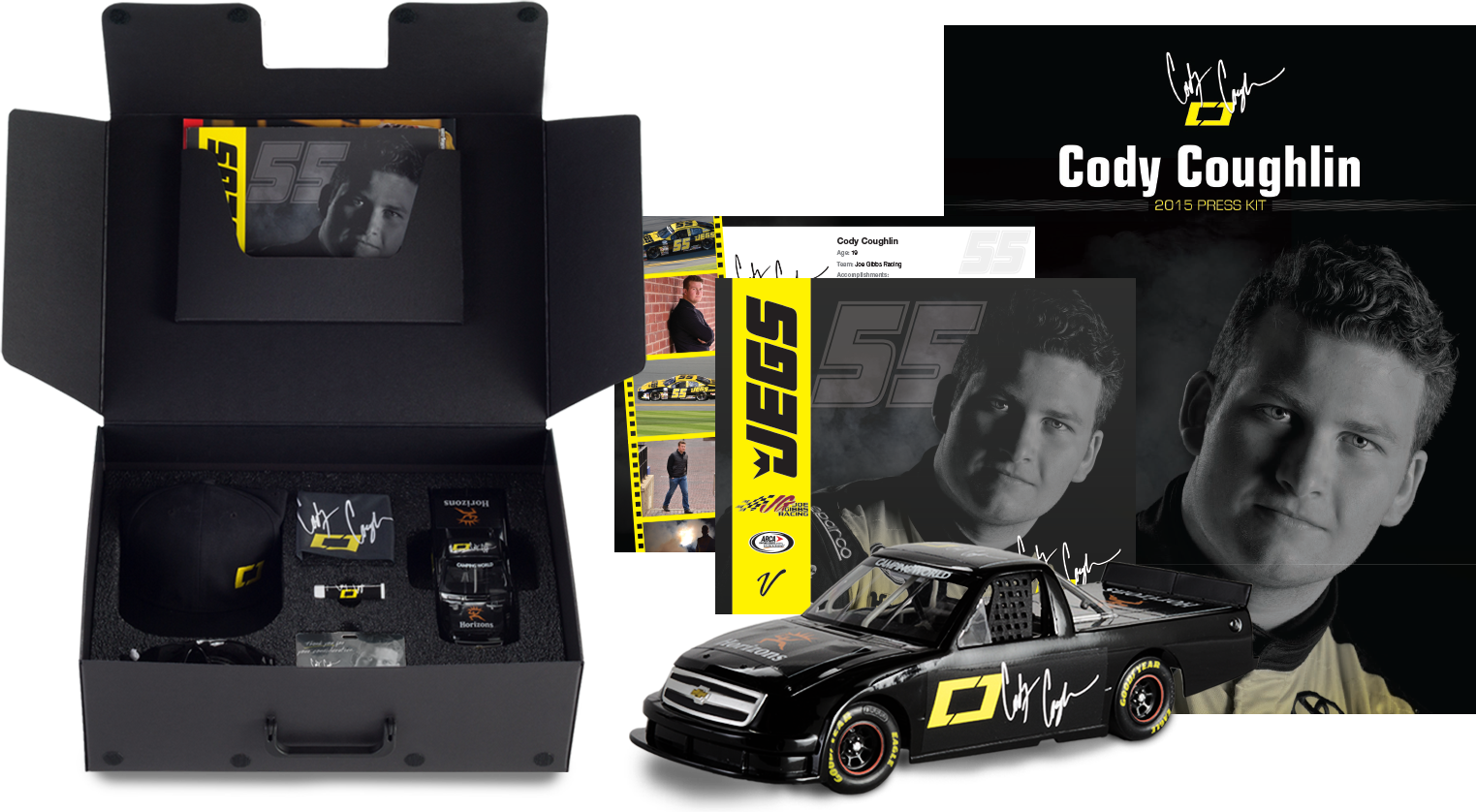 When young NASCAR driver Cody Coughlin needed a sales kit to persuade potential corporate benefactors to sponsor his racing team, he knew just where to turn. Horizons put together a custom kit for Cody – and customized it even further for each of the targets on his radar screen. Inside each kit were things that would come in handy at the racetrack – like Oakley sunglasses, lip balm, a credentials-holding lanyard…as well as items just for fun – like a scale model, die-cast NASCAR racing truck, just like the one Cody was driving at the time. And while all of the items carried Cody Coughlin’s signature logo, each model car was also emblazoned with logos of the individually targeted sponsor (such as Barbasol, Wendy’s, Jack Links, Nationwide, Stanley Steemer, Duck Dynasty, and more than a dozen others). Horizons also produced the hero cards, press kit, professional driver photos, and all of the other collateral materials that went into each sales kit.